At least 31 people have been killed in a stampede during commemorations for the Shia holy day of Ashura in the Iraqi city of Karbala, officials say, reports BBC.

A health ministry spokesman said another 100 people were injured and warned that the death toll could rise.

The stampede reportedly occurred when a pilgrim tripped while hundreds of thousands were performing a ritual.

Ashura commemorates the martyrdom in battle of the Imam Hussein, a grandson of the Prophet Muhammad (S.W.) in 680AD.

Every year, millions of Shia Muslim pilgrims travel to Karbala for Ashura, which falls on the 10th of Muharram, the first month of the Islamic lunar calendar. It is marked with mourning rituals and passion plays re-enacting Hussein's martyrdom. 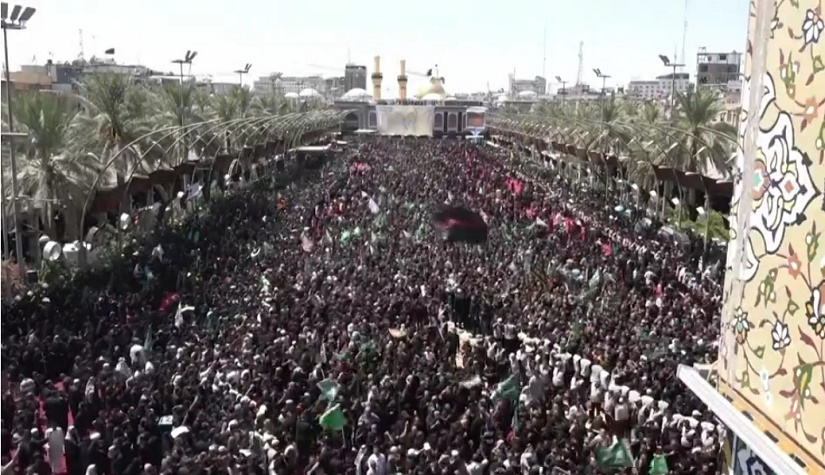 One of the rituals is known as the "Tuwairij run", which sees pilgrims run down streets leading to the Imam Hussein Mosque in commemoration of the run from the ancient village of Tuwairij to Karbala that was undertaken during the 7th Century battle by the cousins of Hussein's half-brother Abbas.

A spokesman for Karbala province's media office told the BBC that as hundreds of thousands of people undertook the Tuwairij run one person stumbled and fell over, causing others to fall and triggering the deadly stampede.

However, security officials told the Associated Press that the stampede began when a walkway collapsed. 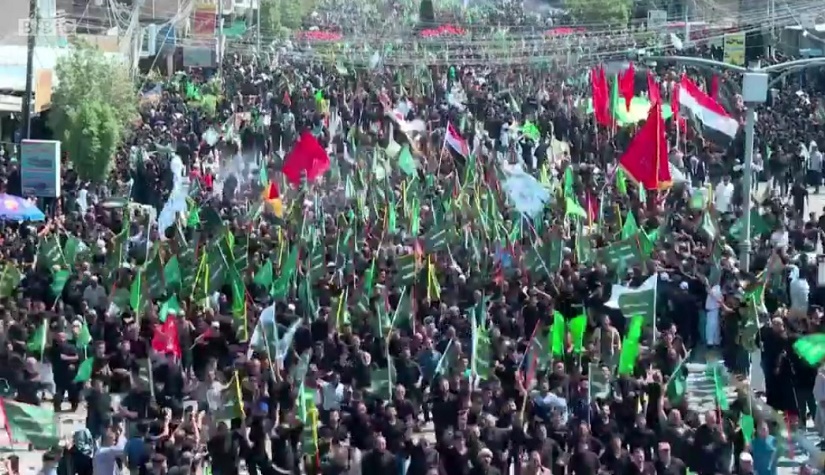 In 2004, more than 140 people were killed in a series of near-simultaneous bombings at shrines in Karbala and Baghdad during Ashura.

The following year, at least 965 pilgrims were killed in a stampede on a bridge over the River Tigris in the Iraqi capital, Baghdad, during a different Shia holy day. Panic spread among the pilgrims over rumors that there were suicide bombers.