Ten people in Midwestern state, Ohio, have been killed in the second mass shooting in the United States (U.S.) in less than 24 hours, and the suspected shooter is also deceased, police said, according to ABC news report.

Dayton police tweeted that an active shooter situation began in the Oregon District at 1 a.m., but officers nearby were able to “put an end to it quickly.”

The Washington Post quoted Lt. Col. Matt Carper as saying at a press conference that the suspect was shot to death by responding officers.

At least 16 others were taken to local hospitals with injuries, police said. No details about the victims were released.

Police believe there was only one shooter, and have not yet identified the suspect or a motive. Carper said the suspect used a long gun and fired multiple rounds.

Miami Valley Hospital spokeswoman Terrea Little said 16 victims have been received at the hospital, but she couldn’t confirm their conditions.

Kettering Health Network spokeswoman Elizabeth Long said multiple victims from a shooting had been brought to system hospitals, but didn’t have details on how many.

With a population of around 140,000 Dayton is in western Ohio, around 55 miles (90 kilometers) northeast of Cincinnati, 75 miles (120 kilometers) west of Columbus and 120 miles (195 kilometers) east of Indianapolis.

The Oregon District is a historic neighborhood that Carper described as “a safe part of downtown,” home to entertainment options, including bars, restaurants and theaters. The shooting took place outside, on the 400 block of East 5th Street.

“This is extremely unusual, obviously, for any community, let alone Dayton,” Carper said. “In our Oregon District, this is unheard of.”

The FBI is assisting with the investigation. A family assistance center was set up at the Dayton Convention Center.

The El Paso shooting was the 21st mass killing in the United States in 2019, according to the AP/USATODAY/Northeastern University mass murder database that tracks all U.S. homicides since 2006 involving four or more people killed — not including the offender — over a short period of time regardless of weapon, location, victim-offender relationship or motive. That makes Sunday’s shooting in Dayton the 22nd mass killed in the U.S. this year. 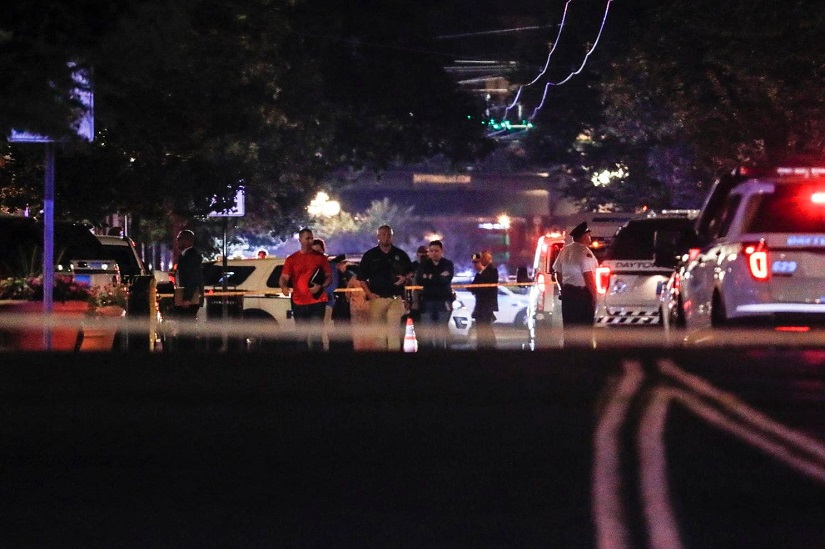 What happened in Dayton?

It is thought the shooting took place outside Ned Peppers Bar on E 5th Street. A note saying staff members were safe appeared on Ned Peppers Instagram page and on the nearby Hole in the Wall bar's Facebook page.

Jae Williams told the BBC he was at a nearby rap performance when they were told to evacuate.

"I was very shocked," he said. "We all evacuated quickly and safely. We were told to avoid the Oregon district."

"I got to my car, I could see cops, multiple ambulances. When I drove past I saw a lot of cops and ambulances."

Emergency services gathered at the corner of E 5th Street and Wayne Avenue in the wake of the shooting.

FBI agents are also at the scene to help in the investigation. 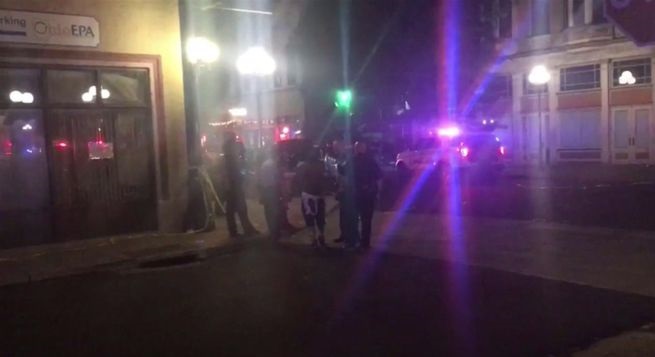 What's been the reaction?

People on social media reacted in shock as another mass shooting occurred in the US.

On Twitter, singer Lizzo called on people not to "normalise" shootings, saying that her family in Dayton were safe "but that's not the case for 9 other families".

The Dayton mass shooting came within hours of the incident in the border city of El Paso. Twenty were killed there and 26 others injured.

It also took place less than a week after three people were killed and 15 injured at a food festival in California.